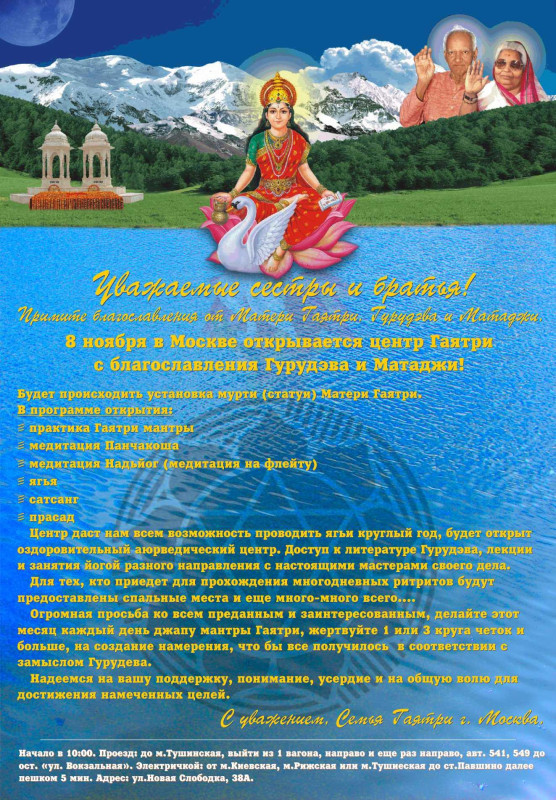 is anybody still reading this community?

would anybody be offended if i shut it down?

This is a very popular shloka, subhāṣhita (सुभाषित, subhAShita, well saying), which is misunderstood often. And the main objection seems to be coming from the rather crass assumption that 'no money, then no friends.' Is friendship supposed to be s shallow? This is not ancient Indian outlook; it is supposed to be all spiritual, goody-goody, well wishing for the world kind of 'mush'.

But, one forgets two things here. One, India has been the richest civilization in the world for the longest time. And you can't build civilizations, or corporations only on spirituality. Just like you cannot have a body without proper material care of it like food, medicine, exercise etc. Empires are not built on abstract spirituality. They can be guided by it, but not only by it.

Second, Sanskrit literature is not only about spirituality. Agreed, it is the most stressed topic, and most different from other civilizations, so the 'special' factor is there, which gets more media coverage, so to speak.

When confronted with sayings like this, how should we interpret it? Or should we just trash it?

Let us ponder upon a few aspects of interpretation like context (who said to whom under what conditions) and main point of the saying, the cause and effect chain and the differentiation between theory and reality.

Effort.
If you do not put effort, you cannot learn something. And we not just talking about bookish knowledge in a school with uniform and laboratories. Even to be a great painter, machinist, miner, athlete, dancer, car mechanic or what have you, you need to put effort in learning the 'trade', so to speak.

Look at a baby. It knows nothing at birth, except wailing. In two years, it has learned more than it will ever learn in a lifetime (proportionately). By age 2, it can stand, run, climb, eat, grasp, talk, make 10 different faces, focus eyes to see, figure out where a sound comes from, and some can even operate an iPad. If a baby were not to put effort, mommy will have to carry him/her around forever!

So, you must put enough effort. What area? What job you will get? That is all secondary. But whatever you choose, put in all you can.

Knowledge.
If you go for a job, any kind, permanent or temporary, Fortune 500 or mom-and-pop shop, housekeeping at a motel or a school teacher, the first question that is on the employer's mind is - 'What do you know? What can you do?'

Some are programmers, some technicians, some policy makers, some negotiators, some campaign managers, some maids, some plumbers, some doctors, some drivers - list is endless. But they all are supposed to know their job.

'Knowledge is power' is not over-stated. It indeed is.

Money.
Many good-hearted people get an uneasy feeling upon hearing the word money. Money is not important mostly to those who have already acquired at least the basic needs and wants of life. After eating, most people do not feel hungry. But that does not make food unimportant!

Other times, it has got an ill-repute. We think of scandals and corruptions, Occupy Wall Street and $1.6 trillion annually spent on military expenses by the world. Yes, that is $1.6 trillion. Imagine if it was used for development, all economic problems of the world can be solved!

Now, the last thought is the crux. Money is not good, bad or ugly. What you do with it, is. Money is a social contract, promise to pay the bearer in kind. You take money and can buy bread, milk or a gun. The barter system was not scalable for growing economies even as back as 5000 years back!

The highly revered Vishnu and Lakshmi both are divinity of preservation, sustenance and wealth and prosperity. How could resources, things be bad? But the use can be. As a race, we now produce enough food to feed the whole earth, but still so many go hungry and die.

Friends.
Now comes the sticky part. How can we say that "No money? No friends!"

When do you make friends? In childhood, when you did not earn or have money; mind was less complicated with far reaching evil plans. You enjoyed someone's company and you were friends. The second time you made friends was as grown-ups when you had something in common - job, hobby, apartment complex, gym, yoga studio, friends etc.

But we make friends among equals. A very rich person (compared to us) did not make us their friend. Nor did we stoop down four economic levels below to make a friend.

But if you look at it, it says 'the poor does not make friends.' Poor is relative. Sure, poor people have friends. But they too are poor, so relatively they are peers, not poors. You may have made a friend in good times, and now you are having a bad time, friends will help. If you slip too much down, and if it is because you are lazy and unqualified, chances are even friends will start leaving you, or replace friendship with charity.

Friends may be with you in your poor times, but you will not make new richer friends.

Happiness.
This should not need any explanation at all. We all want friends. To talk and share life experiences. That is why we date, marry, join clubs and societies, throw parties etc. That is the real reason for success of Facebook as well.

So, what is the context and who said it? This is from Chāṇakya Nīti, and Chāṇakya was not interested in mushy spirituality. He was a statesman, economist, administrator first; and had real job to do, real problems to face - of human incompetency, jealousy, animosity, laziness etc. as part of his job.

What is the main point?

Put effort; be of some worth to the society. Only then will society want to give you a share of the pie. Without pie, no party; without party, no friends.

All are ordered to be happy, be healthy, see good;
may no one have a share in sorrow.
Collapse